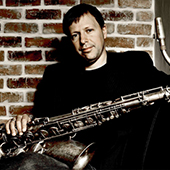 The Lakeland Community College Jazz Festival is dedicated to the presentation of educational opportunities for aspiring student jazz musicians of high school and junior high school age. The festival provides an educational forum for student musicians, devotees of the music field, and the public at large through clinics and performances.

This annual event has provided a stage for the performance of all styles of jazz by internationally celebrated artists as well as gifted musicians found in this area of the country.

Jazz is a unique contribution to our culture and artistic heritage. In its 49-year history (2021), the Lakeland Community College Jazz Festival has portrayed those vital qualities of style that made jazz a significant contribution to the world of art and a distinct American form of expression. Future jazz festivals will continue to include depth of educational and entertainment opportunities to enhance the cultural quality of the Lakeland vicinity.

Lakeland students and community members are encouraged to participate in festival activities. Whether you are looking to listen to the international artist, the regional band and the Lakeland Jazz Orchestra, or our talented middle and high school jazz ensembles, we hope you enjoy the music and experience.

The festival this year will be March 12-13, 2021. All our concerts this year are virtual and FREE! Sign up to receive concert reminders here. 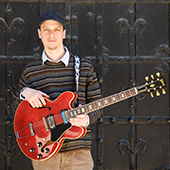 The festival is typically on Lakeland's campus in the Dr. Wayne L. Rodehorst Performing Arts Center, D-Building. Due to the pandemic, the 2021 festival will be online. Details will be listed above as we draw closer to March 2021.

Students interested in submitting their solo for Lakeland's 2021 Jazz Festival can fill out their application here. See below for sheet music downloads!

Once students have downloaded the necessary music and backing track files (available in the "Jazz Festival Documents and Downloads" section below) and are ready to record and submit their solos, please follow these instructions:

Lakeland's own Ed Michaels takes you through a three-part masterclass on ear training, ideas and patterns, and blues improvisation.

To provide a learning environment that fosters aesthetic literacy and expressive capability through the cultivation of artistic techniques and skills and the exploration of creative traditions and possibilities.

"I've enjoyed being part of the Lakeland jazz festival since observing Len Orcino direct jazz impact in 1978-I was 17. Over the years, I've been a listener, performer, judge and clinician. I'm grateful for all of the experiences with the late Chuck Frank, Bob Brown, Dan McCarthy, Ed Michaels and Dave Sterner. In my view, it's several decades of fine musicianship and exceptional music education, and I'm glad to have played a small role."

I had the privilege to be associated with the Lakeland Jazz festival as the director of the Lakeland Jazz Orchestra and as Artistic Director of the Festival. This annual event brought the attention of music students and the community some of the greatest jazz musicians to play the music. Louie Bellson, Phil Woods, Buddy DeFranco and many other Jazz greats graced the LCC Performing Arts Center Stage during my tenure. It was a positive force for the music before me and continues as one of the great events in Northeast Ohio. Once again it was a privilege and a joy to be part of it!

"Love it! Lakeland Jazz Festival is a place to catch stellar performances with a high level of education. Lakeland brings that warmth of an interactive jazz community!" 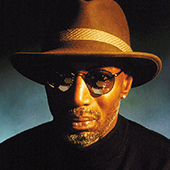 The Lakeland Jazz Festival was founded by retired professor and music department Coordinator Charles M. Frank in 1973 and remains the oldest jazz festival in the State of Ohio. The Lakeland Jazz Festival has remained true to its original mission of instilling the excitement and magic of jazz education to the younger generation of musicians. Over 25,000 middle and high school musicians from throughout the state have participated in the festival in celebration of this uniquely American art form, jazz. The festival features two parts:

Dr. Stephen Stanziano is a composer, educator, and bassist and holds a Ph.D. in music theory and composition from Kent State University. His works have been performed throughout the United States and Europe including at the St. Peters Basilica in Rome by the Cleveland Chamber Collective, with the Panoramicos, by guitarist Jason Vieaux, and by members of the Cleveland Orchestra. He is a member of ASCAP and the past president of the Cleveland Composers Guild. He is currently on the music faculty of Cleveland State University, Lakeland Community College and Hiram College. He has helped co-direct the Lakeland Jazz Festival since 2009. 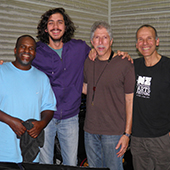