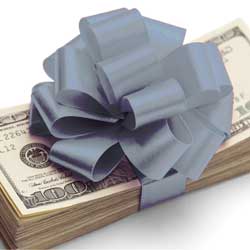 Donate to the "Greatest Need" Fund

"One of the biggest misconceptions about Lakeland is that the education isn't the same as a four-year. It's completely the opposite! Here at Lakeland it's so much more personal....I heard about the honors program at my orientation. I didn't even know that they had one here. I was hesitant about joining it, but then heard about the possibility of an honors scholarship. I also liked the idea about being with other peers around me who were serious about their schoolwork. That was a deciding factor."

"I chose Lakeland Community College because of the veteran-friendly environment here and the awesome professors I've had the privilege to work with. For any veteran out there, I highly encourage them to come to Lakeland Community College. The comradery here of the veteran community is like no other. Our SVA chapter is Top 5 in the country. I'm studying business administration and marketing. My father was a businessman, and after my time in the Marine Corps, I wanted to follow in his footsteps."

"I plan to study child psychology....Who wants to choose between paying rent and paying tuition? Nobody. I'm always grateful for these scholarships....At the time I was really iffy about playing sports in college, and my dad called me and said, 'At least, come look.' I got the tour and I love it up here....This isn't something I'm ever going to forget. I'm going to go to graduate school and will still be thinking, 'I wouldn't even be here if I didn't have a scholarship at Lakeland, where my beginning was.' They [the donors] don't know us and they're giving us a bigger opportunity than they could ever imagine."

"For me, Lakeland was not the obvious choice. But because I came to Lakeland, I'm actually one year ahead - I will be a junior next year! And will be getting my first co-op soon. If I didn't come to Lakeland, I'd still be a sophomore....I never used to like chemistry until I came to Lakeland, actually. My huge inspiration is Professor Roskos. His bubbly personality has really inspired me to bring out the good in everything. Now I feel like I can really change the world and make everything better."

"Initially I came to Lakeland because I wanted to get back into taking college classes and it was really close by where I lived….I hope to pursue a communications degree from Lake Erie College through the Holden University Center, which is really nice because it's right across from the Lakeland campus so I know the facility and it offered a really accessible way to get a four-year degree but still stay in the area…. One thing that I think is great about Lakeland is there are people of so many different ages. People older than me, people who are still in high school, who come to take these classes and so it gives you a really great mix of individuals and people to meet and network with."