All lectures will be held in the Dr. Wayne L. Rodehorst Performing Arts Center in the D-Building. They are free and open to the public. 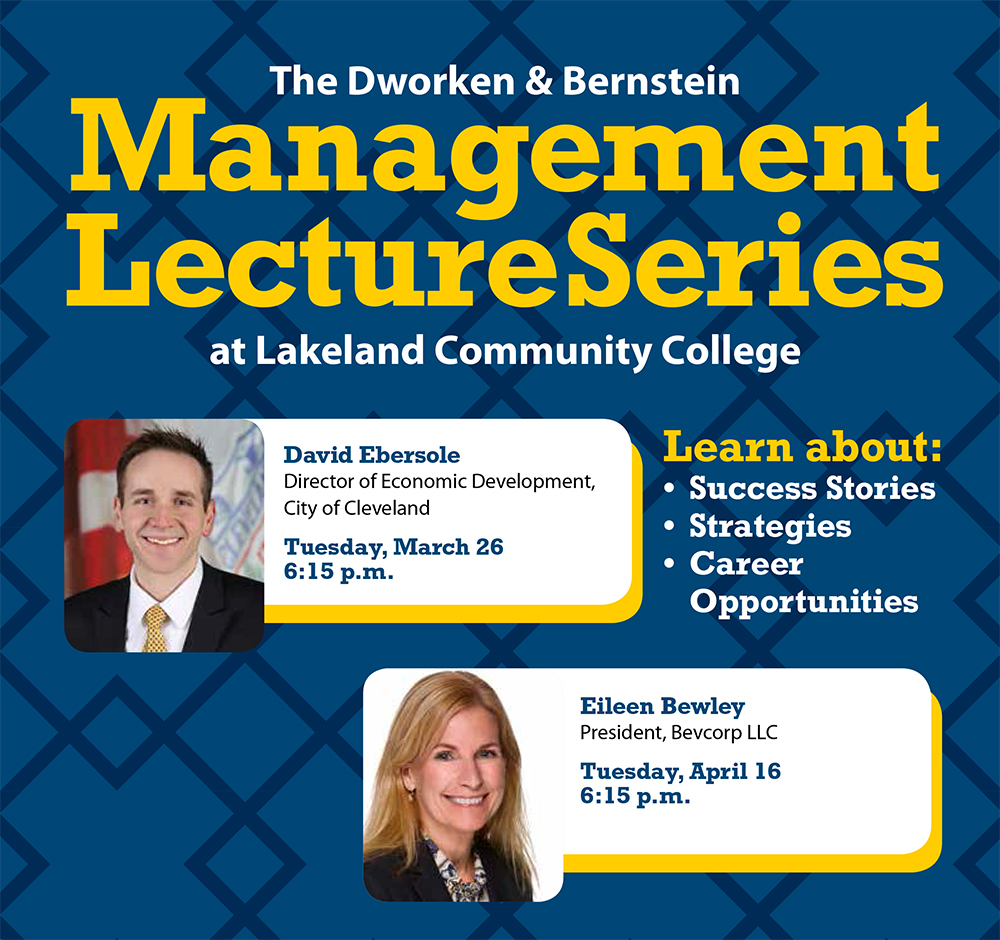 David Ebersole is the City of Cleveland's director of economic development. He was appointed to this position in May 2018 by Mayor Frank G. Jackson.

David has worked for the City of Cleveland for almost 10 years in the department of economic development, starting in 2008. He started out working on the redevelopment of brownfield sites, helping to place vacant, abandoned and environmentally contaminated sites back into productive use. In 2015, he was appointed by Mayor Jackson to serve as assistant director and was appointed again in January 2017 to serve as the interim director of the department.

David's work was recognized by the Ohio Environmental Protection Agency when he was awarded the 2014 award for Outstanding Leadership in Brownfield Redevelopment. David is a 2016 member of Crain's Cleveland Business 40 under 40.

David grew up in Strongsville, Ohio and is a graduate of Carnegie Mellon University and the Case Western Reserve University School of Law. He is a member of the Ohio Bar. He currently lives in the West Park neighborhood of Cleveland with his wife, Rachel, and their daughter, Valerie.

Eileen Bewley is the president of Bevcorp, a North American based company that provides fillers, blenders, seamers and handling equipment for high speed food and beverage producers, headquartered in Willoughby, Ohio  Bevcorp is known in the industry for being a leader in reliability and is fully committed to improving customer productivity.  Bevcorp does this by leveraging our application and design expertise, customer orientation, service and parts capabilities, while maintaining a small company feel.

Eileen graduated from University of Maryland with a degree in Spanish and political science.  She completed her masters in applied behavioral science from Antioch University. She has worked in packaging equipment for over 25 years, primarily in Midwestern American companies doing business globally.

An impassioned linguist, Eileen speaks fluent Spanish and German and dabbles in Russian, Mandarin, Portuguese and any other language that she has a chance to learn. She is a world traveler, enamored by culture and customs. Eileen is a fitness enthusiast. She is interested in mentoring young people through work and general life events and most of all, in the health and happiness of her family, including four grandchildren.